While many companies have security cameras to reduce theft and other problems, there is always a chance that employees could sue the company if they are not using the cameras properly. If you are planning on installing a security camera surveillance system in your business, you can minimize or eliminate the risks of this happening by following these three tips.

Do Not Place Them In Certain Areas

The first rule to follow involves where you can and cannot place security cameras. In general, you can place video cameras throughout your business, as long as they are not located in:

Placing cameras in areas like these would be considered an invasion of privacy, and a person could sue you if you do this.

Do Not Keep It A Secret

While there are times when you do not have to notify people that the building is under surveillance, it is almost always better if you do. If you install a surveillance system, you may also want to post signs around your business that inform employees and guests that they are being monitored with cameras.

When people are notified that they are being watched, it might make them less likely to steal from you or misbehave while they are working or visiting your business. Surveillance footage from security cameras can typically be used in court, if necessary. When people know they are being taped, they may be more cautious with the way they act and things they do.

Do Not Record Audio Footage

Video cameras are primarily used to capture footage of people and incidents, but many cameras are also able to record audio footage. The Electronic Communications Privacy Act of 1986 was created partially for this reason. This act prohibits you from recording audio footage of a person without their consent. This act was primarily designed to prevent wiretapping from happening. If you record audio footage, you could be sued for violating a person's rights. The best way to avoid problems with this is choosing cameras that do not record noise and sounds.

Choosing to get a security camera surveillance system in your business is a great idea for many reasons, as long as you know how to legally use it. If you would like to learn more about your options with cameras, contact a company that sells security cameras and other types of surveillance equipment. 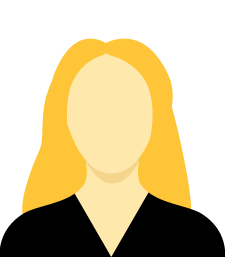 Nothing is more frustrating than building a business slowly from the ground up--only to have your dream destroyed by a few thieves. Unfortunately, I found myself in this situation a few years ago when a few people broke in and stole a bunch of inventory. It was devastating and I didn't know what to do. In addition to replacing the missing goods, I also had to buoy up my employees to make them feel safe. To solve all of our problems, I invested in a state-of-the-art security system. I can't even begin to tell you how much that single decision has helped my business. Check out this blog to learn more about the features that could help you.